Home › Article › Into the Region of Awe: Mysticism in C. S. Lewis

There are a variety of portals into reading and interpreting the life and varied publications of C.S. Lewis. There has been an unfortunate tendency to equate Lewis with variations of evangelical Christianity (such a misread), but Lewis was much more a catholic Anglican. Then, there are those who argue Lewis is more of a rationalist (makes for a good Christian apologist). Or, there is Lewis the romantic or the rationalist-romantic. Is there more to Lewis, though?

There sheer beauty and strength of David C. Downing’s Into the Region of Awe: Mysticism in C.S. Lewis is the way he convincingly highlights how Lewis is much more than a rationalist or romantic or some combination thereof—in short, Lewis is at core and centre a mystic. And, to the pertinent point, who are the writers Lewis was most indebted to? Downing suggests there are three writers that have had a substantive impact on Lewis’s mystical vision: George MacDonald, William R. Inge and of prime importance Evelyn Underhill. Underhill is referenced more than any other writer in Into the Region of Awe as directly and indirectly influencing Lewis’s notion of mysticism. It is also worthy of note to remember Underhill-Lewis corresponded for a few years before Underhill’s death, the correspondence initiated by Underhill as a result of reading Lewis’s Out of the Silent Planet.

Into the Region of Awe is divided into ten compact, succinct and insightful chapters: 1) Introduction: The Overlooked Lewis, 2) The Mystique of Mysticism, 3) Mystical Elements in Lewis’ Life, 4) Christian Mysticism as Lewis Knew it, 5) The Mystical Way in the Space Trilogy, 6) Finding Words to Explore the Mind of God, 7) Mystical Elements in the Narnia Chronicles, 8) Lewis’ Critique of Mysticism, 9) Learning from the Mystical Way and 10) A Brief Timeline of Christian Mystics. It is significant that Underhill is on front stage in most of the chapters and referenced many times in the compact missive by Downing. The fact that Downing has focused, in his read of Lewis and mysticism, on the Space Trilogy and Chronicles of Narnia speaks much about how Lewis did some of his best theology via literature and, more to the point, his mystical writings emerged through the genre of literature (albeit his Space Trilogy and seemingly children’s literature, although the Chronicles can be read at different layers and levels). Needless to say, Underhill had a literary bent also. I might add, by way of conclusion, that Lewis’ interest in the mystical was shaped and informed as much by Underhill as by Bede Griffiths and a more serious study of Lewis, region of awe and mysticism, to be credible, would definitely need to include Lewis’ decades long friendship with Bede Griffiths.

Evelyn Underhill, like Inge and MacDonald, were a generation older than Lewis and each of them matured in an age and ethos that tended to be both suspicious and cynical about religion and mysticism. But, it was Underhill and Inge, in their different ways, who challenged the reign of positivist philosophy and a certain notion of science that tended to be reductionistic. Underhill, Inge and MacDonald realized that the mystical way, once banished, left the human soul bereft of deeper sources of meaning and purpose—they were, in many ways, the heralds of the mystical way. Lewis read and inwardly digested their writings and he, wisely tracked by Downing, carries forward the fullness of the mystical way—such is the contribution of Downing to Lewis’s full renaissance notion of the all too human journey. But, as mentioned above, Lewis and Underhill sans Griffiths weakens an argument for a person who substantively shaped Lewis’ notion of mysticism. 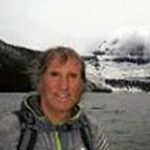 Ron Dart has taught in the Department of Political Science/Philosophy/Religious Studies at University of the Fraser Valley (Abbotsford, B. C.) since 1990. He was on staff with Amnesty International in the 1980s and he has published more than 35 books.