There are a variety of portals into reading and interpreting the life and varied publications of C.S. Lewis. There has been an unfortunate tendency to equate Lewis with variations of evangelical Christianity (such a misread), but Lewis was much more a catholic Anglican. Then, there are those who argue Lewis is more of a rationalist (makes for a good Christian apologist). Or, there is Lewis the romantic or the rationalist-romantic. Is there more to Lewis, though?

There sheer beauty and strength of David C. Downing’s Into the Region of Awe: Mysticism in C.S. Lewis is the way he convincingly highlights how Lewis is much more than a rationalist or romantic or some combination thereof—in short, Lewis is at core and centre a mystic. And, to the pertinent … Read more 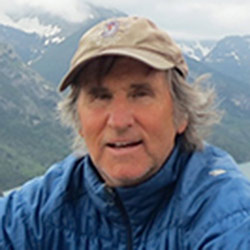 It is this capacity for giving imaginative body to the fundamental doctrines of Christianity that seems to me one of the most remarkable things about your work.

Many with a minimal literary background will have read articles or books by C.S. Lewis. The Lewis of popular consumption is certainly not the more nuanced and layered Lewis. The more popular books by Lewis were, mostly, published in the 1940s-1950s and up to his death in 1963. There have been many letters, books, articles by Lewis published since his death, but, the C.S. Lewis of the 1930s was still in the budding phase with a few blossoms that hinted further fruit.

The rather abstract and initial autobiography of Lewis’ journey to Christian faith, The Pilgrim’s Regress: An Allegorical Apology … Read more