Robyn Wrigley-Carr wrote her doctoral thesis in the Divinity School, St Andrews University, having discovered there the primary location of books and other materials relating to Friedrich von Hügel, focussing on his work as a ‘spiritual director’. It was almost inevitable that she would also develop a focus on the work of Evelyn Underhill, and some familiarity with the work of Evelyn’s friend, Lucy Menzies. The latter became Evelyn Underhill’s collaborator as writer, researcher and co-‘retreat director’ at Pleshey in the Chelmsford Diocese from 1924 onwards (p.8). It is all too easy to overlook the importance of what they achieved together given the long- standing discomfort in Christian institutions about women as authoritative teachers and guides, notwithstanding the unambiguous evidence provided by the publication of Evelyn’s major work on Mysticism in … Read more 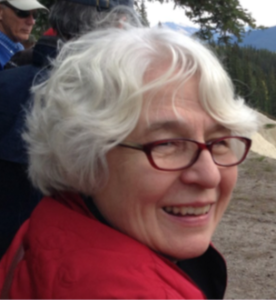 Evelyn Underhill (1875-1941) was a guiding light in Anglican spirituality in the twentieth century, and her best-known works, Mysticism (1911) and Worship (1936) are still read and studied today. Aprolific writer-theologian, poet, novelist, she is frequently anthologized. Her early life and writings—those undertaken before she became an actively-committed member of the Church of England in the 1920s—are, with the exception of Mysticism, less well-known. This article examines the early works that treat the Virgin Mary, and explain how that subject may have influenced the pacifism she later embraced. A feminist reading of those early works also suggests biographical links to her “care for souls,” or spiritual direction, and to her own family. The dutiful child of somewhat remote and distant parents, herself in a childless marriage, Underhill’s spiritual nurture by way of Mary helps explain both … Read more

Substantial correspondence from an exceptional writer, poet, pacifist, and mystic.

Evelyn Underhill (1875-1941) achieved international fame with the publication of her book Mysticism in 1911. Continuously in print since its original publication, Mysticism remains Underhill’s most famous work, but in the course of her long career she published nearly forty books, including three novels and three volumes of poetry, as well as numerous poems in periodicals. She was the religion editor for Spectator, a friend of T. S. Eliot (her influence is visible in his last masterpiece, Four Quartets), and the first woman invited to lecture on theology at Oxford University. Her interest in religion extended beyond her Anglican upbringing to embrace the world’s religions and their common spirituality.

In time for the centennial celebration of her classic … Read more

In January 2010 a new edition of the letters of Evelyn Underhill will be published by the University of Illinois Press. The Making of a Mystic is edited and with an introduction by Dr. Carol Poston, professor emerita of St. Xavier University, a scholar of English literature and author of Reclaiming Our Lives and editor of Mary Wollstonecraft’s A Vindication of the Rights of Woman. The Evelyn Underhill Association (EUA) is grateful to Dr. Poston for her willingness to be interviewed for its newsletter.

EUA: Dr. Poston, you spent ten years completing this volume. Why did you undertake this work?

Carol Poston: I was reading one of the excerpted Underhill books for my own Lenten discipline, and I found myself asking where this wonderful and wise woman came from, being interested always in how women manage to educate … Read more